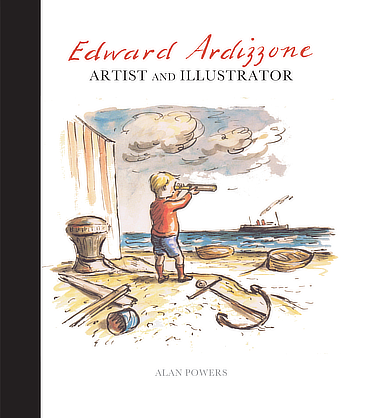 In the history of illustration in Britain, there have been relatively few artists who defined the field in their generation. Before Edward Ardizzone (1900–79) it was Beatrix Potter and, after him, it has been Quentin Blake, but nobody else qualifies to be their equivalent during the intervening time period as does Ardizzone, whose pre-war career exhibiting in London galleries was followed by a four-year stint as an official war artist and during these years, before the flood of illustration work that followed, he created a substantial body of work outside the covers of books before gaining his greatest fame both as an author and as an illustrator for children.

Although Ardizzone illustrated classic novels as well as children’s books, it is for the latter that he will always primarily be known. Most beloved of all were his Tim series of stories with which an entire post-war generation grew up.