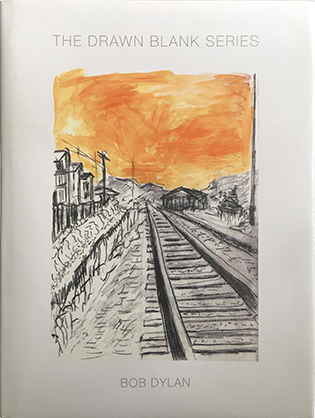 Bob Dylan is a creative powerhouse and not just a poet and musician. His first foray into fine art publishing was a groundbreaking collection of re-imagined black and white sketches that he had originally made between 1989 and 1992 whilst touring America, Europe and Asia, originally using black ink and wash.

He had always had an interest in drawing, often sketching in his hotel room during time between concerts. Originally published in his Drawn Blank book in 1994, the series of landscapes, hotel scenes and nudes was reworked using watercolour and gouache during an eight-month period in 2007. These were exhibited at Halcyon Gallery in 2008 and it offered members of the public an opportunity to ‘own a Bob Dylan’. The show was a great success and a sell out.

This large format book was the catalogue for the exhibition and was accompanied by special editions of signed giclée prints and other collector’s items.