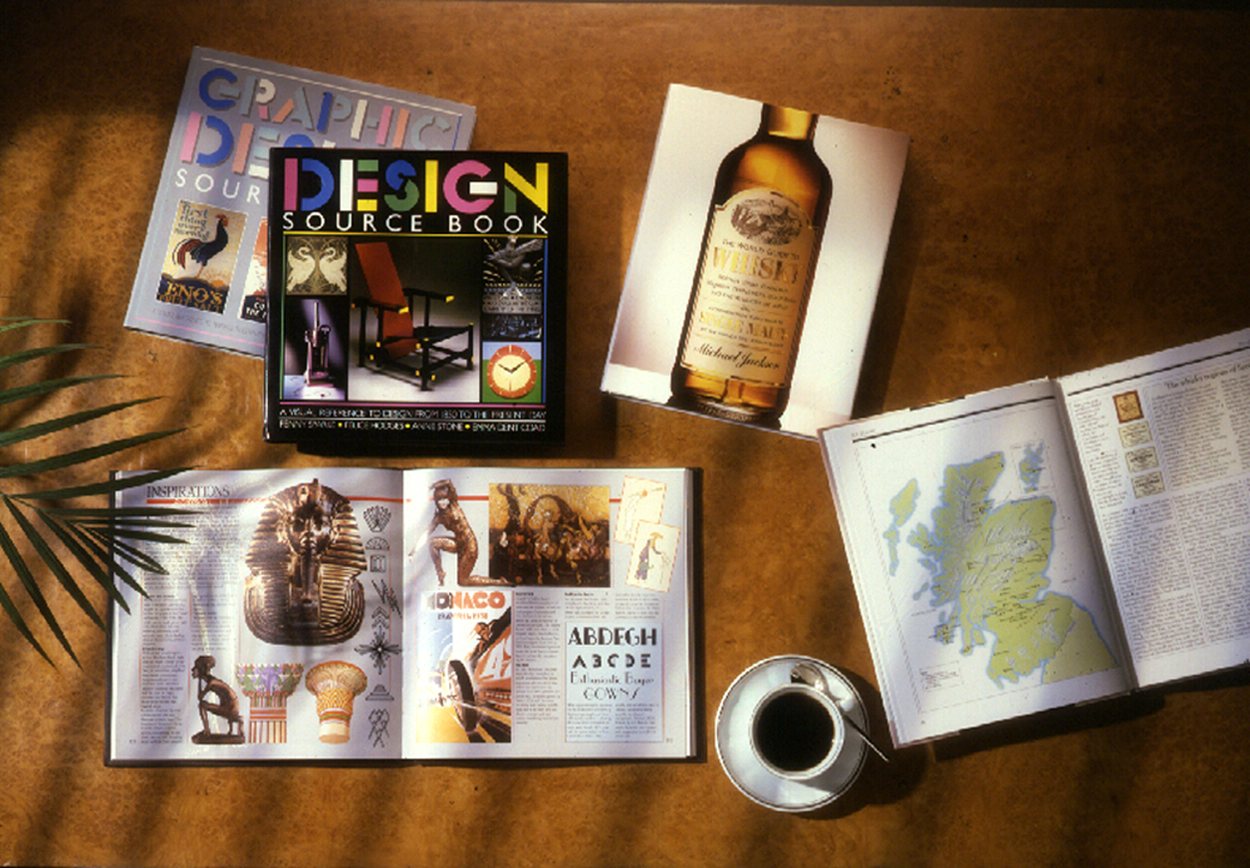 This photo, taken by the late Peter Myers, shows some of the best books I’d done during the years I ran the graphic design consultancy Millions Design, our offices were in a fabulous loft studio in Upper Ground on the South Bank. The Design Source Book was the brainchild of Alastair Campbell the brilliant graphic designer and illustrator who ran QED a groundbreaking information graphics consultancy. Later he went on to become a founder and director of Quarto Publishing.

The World Guide to Whisky was written by distinguished journalist and author, the late Michael Jackson, who had been the first editor of both Campaign and Management Today magazines. He’d written a bestselling book The World Guide to Beer which had established him as a world authority on the subject. I’d first met him when I worked as a graphic designer at Hammersmith Local Authority, where his wife was a labour councillor. She was greatly impressed by my work that she introduced me to Michael who then worked as a freelance consultant. Soon after, I left the Council and we began to work together. At that time he wrote and edited an in-house magazine for Woolworths titled Management Quarterly which was used to communicate company strategy to its branch managers. He asked me to handle the design and the project ran for three years during which time we became firm friends.