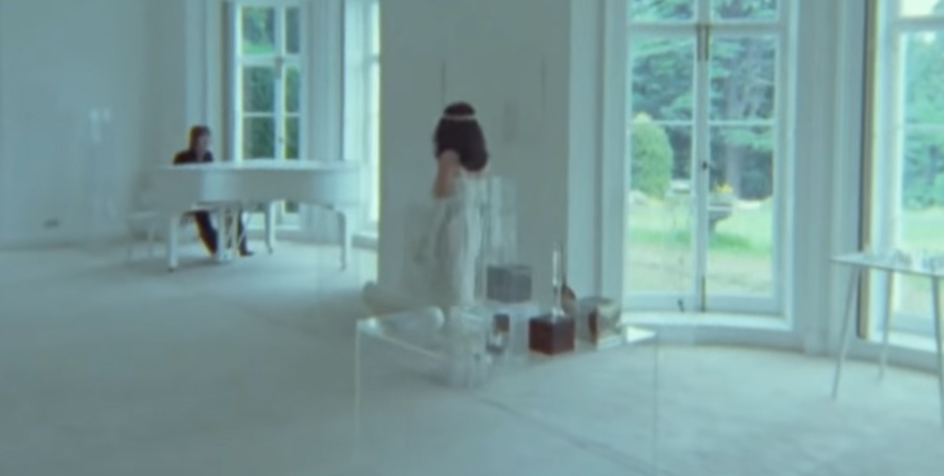 The film of John Lennon singing his beautiful, haunting song Imagine was filmed at his residence at Tittenhurst Park, near Ascot in Berkshire. At that time John and Yokoâs personal assistant was Diana Robertson, one of my oldest friends. This famous scene from the film was shot in their white living room which overlooked the extensive grounds. Yoko needed a film prop to add an extra yin/yang element to the otherwise all white room, and I was asked if I could make a white sphere in a black cube as a prop, so that apart from John who was dressed all in black, my box was the only other thing that was black.

I decided it would be a fitting idea to hand-make a papier macheÌ white sphere to be placed in a black square box. When it was completed I drove down to deliver it to John and Yoko in person, who were due back from the US. Sadly after a day patiently waiting in their home I was informed they had been delayed and wouldnât be arriving that day after all. So sadly I never did get to meet them. Not long after that they moved to America but my friend Diana continued to live in the house, looking after the property until they decided to make the US their permanent home.